Julieta, a film by Pedro Almodóvar

Posted by Shui Ng González
In: Reading B1, Listening or Seeing B1
Discussion of this reading exercise: 7
Pedro Almodóvar is Spain's most successful film director of international renown. His quirky screenplays focus on pop culture, desire, passion, and strong female characters. His films have a cult following. Julieta is his most recent film, released in 2016. It is the story of Julieta, a mother who loses contact with her daughter Antía. Watch the video then read the transcript below. Click any phrase to see the English translation along with related grammar which you can add to your Kwiziq notebook to practise later. The level for this feature is A2 with some B1 elements. 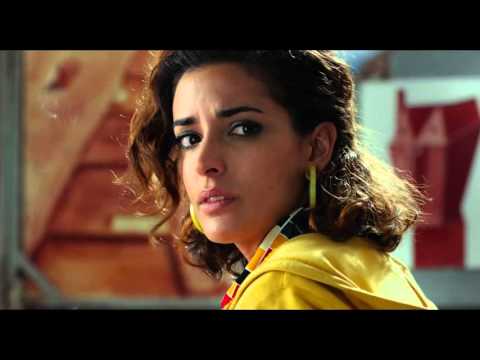 Some verbs have a different meaning when they are used in the preterite and the imperfect tense. Saber is one of them.

In this sentence from the "Julieta" reading exercise, this sentence: "Siempre supe que había algo importante en tu vida..." means "I always knew for sure/was certain/ was very aware that there was something important in your life..." Supe has an extra nuance to the more general meaning "saber" (to know).

Having said that, it is actually the word "siempre" in front of supe that brings that specific meaning.

As a bit of extra information, saber in the preterite also means "found out", for example:

Verb Querer (to want) is another one affected by this change in meaning. Here is a lesson about this in case you haven't come across it.

There is an interesting thread on WordReference discussing supe/sabia with siempre.

One user (from Argentina) gives this example:

Imagine the scenario. Your son has just won a competition, and you say to him:

The implication seems to be that "supe" is required because of the use of "siempre". Later on he suggests that "siempre sabia" would imply on multiple occasions, rather than once without interruption.

Would you agree with this, Inma?

None of this makes any sense. Siempre is supposed to trigger imperfect. No explanation given for why siempre is the triggering thing.

I think the point is that always/siempre triggers the imperfect when it refers to a repeated activity, which is the most common case. For example "I always ate paella on Mondays" = "I always used to eat paella on Mondays", and "used to" is a standard trigger for the imperfect. But with saber we're talking about a single act of knowing, that continues over a period of time. If you were to say "I always used to know" that would imply a number of different occasions. In the example I gave, it would suggest that the boy competed in a number of competitions and on each occasion I knew he was going to win. If it were just a single occasion you wouldn't use "used to" in English, and so it makes sense to me that you wouldn't use the imperfect in Spanish.

I do understand Alan’s explanation, it makes sense, but in that case the word siempre used before the verb has no effect on verb tense, since you can say “I always used to do this on Mondays” (repetitive action - imperfect) and also “I always knew you were clever (continuous act - preterite), so I do not understand why Imma gives “siempre” as a reason for preterite tense.